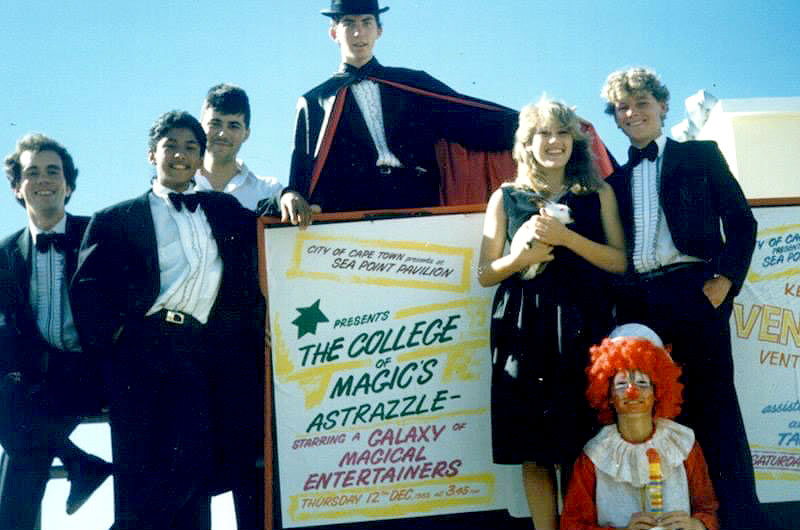 Long before the days of Harry Potter visiting Diagon Alley and getting has very own wand from Ollivander’s – youngsters from across Cape Town were getting their very own magic wands from the College of Magic.   I was one of those fortunate 10 year old’s who had the extreme privilege of being of the first students to attend class at the College of Magic in Southfield and then moving over to St Anne’s school as the student numbers grew. 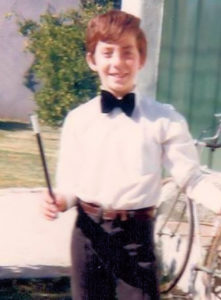 It was with great excitement when we were able to get our very own premises on Constantia Main Road in Wynberg … being part of this unique establishment, unlike anything else in the world certainly made me, a nobody, feel like a somebody. The beauty of this experience is that it taught me so much more than just being an entertainer – I learned that I had something special to offer, giving me a sense of worth and a sense of belonging.  I developed skills which I’ve carried all through my life – allowing me the confidence to talk to large groups of people and to connect with individuals.

The move to the current location in Claremont was a true blessing, giving the College space to grow and create an identity, one which is now known worldwide – and although I have moved away from Cape Town some years ago, I still feel part of this magical world and proud to be called a graduate of the College of Magic. 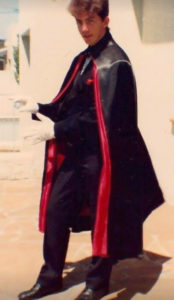 The memories and experiences I have from my time with David, Marian and many more special people that have had an influence on my life, are numerous and I believe have helped define my personality.  I recall developing a special interest in mentalism, and directing some of my routines in this field – this resulted in me receiving, what I believe to the first award for Mentalism – it’s these actions, that were noticed, that are always remembered.  The shows, whether on the stage at the Baxter, or on the sand at Monwabisi Beach – were always a highlight.  Being able to showcase the amazing routines we were taught in manipulation of silks, the juggling skills that Mike so efficiently taught us or the results of mixing chemicals that dear Rose shared with us was a privilege that few people in world could boast.

Being a student of prestidigitation opened doors for me as one of my first formal work experiences was to entertain children at the Red Hawk Spur for booked birthday parties.  At the time, no other restaurant venues were offering this, and soon after, it became standard practice at many establishments.  Unlike many young men, I can also remember my national service in the South African Air Force fondly as I did my two years as a member of the SADF Entertainment Core, working daily with icons such as Al Debbo and many other national celebrities.  I was even recruited during this time to a top secret undercover operation on the border, using magic as a medium of communication – but I dare not say more, for fear of being shot  – ? 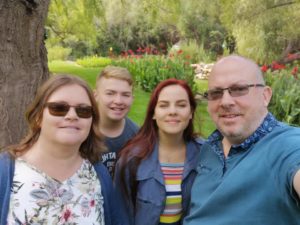 Today I live in the beautiful Garden Route city of George.  My wife, Debby, and I have two amazing children who are our pride and joy.  Jade is a beautiful 20 year old who has a career as a copywriter for an up-and-coming online media company and also has a developing career in music, as she was recently signed with international music contracts by Sony International as well as Universal Music – watch this space!   My son, Tyler, is finishing his matric and will be spending his first year after school working alongside the church in growing his dedication to his faith.   My wife is a school teacher at Holy Cross Primary in George and is passionate about her own career and of course, our family.

I currently spend much of my time doing community service work, having served as a District Governor for Lions Clubs International, both on a national level as well as a service chairperson on an international level.   I have worked in education as a teacher and as a digital education facilitator for a national company.

To all my friends and family at the College of Magic – Thank You from the depth of my heart, for the amazing role you have played in my life, keep inspiring children, the world needs it!