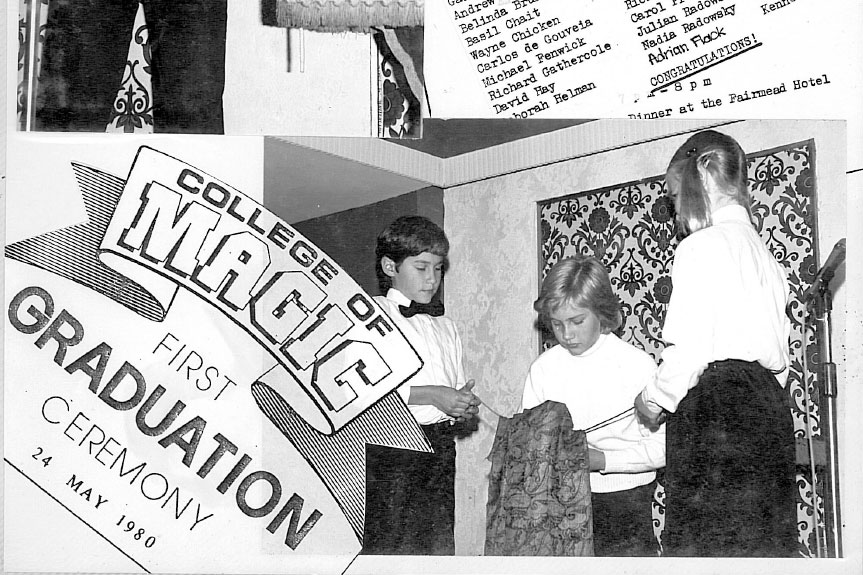 The College of Magic has had their 40th anniversary earlier this year. Luckily there was an opportunity for wishes at their function.

However, since then, the World has gone virtual. Which in itself, is quite amazing as the amount of people that have transformed their lives to accomplish on a different platform is astounding. 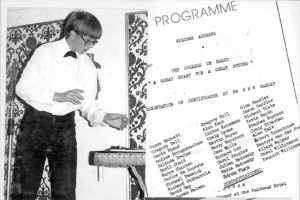 Some memories on the College (from my perspective):

Actually to be more precise.  Me and my twin sister Carol Williamson, were initiated into the College before there actually was an official College. The first idea was a correspondence course (I guess a Tarbell course for South Africans). However, this did not continue for a long time.

Thereafter, the College of Magic proper was born. This was started with Marian (my sister), David Gore, Jonathan Proctor (and his family were involved) and Rosemary Lindgren. The first lessons were held in the Standard 2 classroom at St. Anne’s Primary (Marian’s official classroom- she was the Standard 2 teacher at St Anne’s). We came from a big family and Carol and I spent most of our time under the watchful eye of our older sister.

Aside: I ran into a friend from primary school a few weeks back who asked of the College. He remembers David and Jonathan coming to do a show at the school to promote the College.

The interest in the College grew and a new venue in Southfield was procured. This was an open plan space on the second floor (top floor) of a building. So, the holidays were spent helping with putting up dry walling and getting the place spick and span for the first official intake at this new premises. Interestingly, the shop owner across the road showed me some cigarette magic way back then, I remember thinking he was brilliant … wonder what happened to him and where he learnt that?

Carol and  I would have been in the first or second official class (6 months apart). Not surprisingly, we still have friends from those days. The small classes and the performing together and all having to partake etc. , was the magic sauce from the beginning. And I see that this is still the format holding the College together today.

As the classes grew, the College needed to move again, which was then Constantia Road in Wynberg. 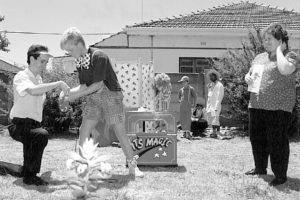 That is where I remember one of your hosts from tonight’s show (Stars of Magic online show) starting their College career. For some  of you that may not know, David Gore was a brilliant ventriloquist- with a well worked up repertoire when he used to perform . He also did a great Punch and Judy show. Jonathan Proctor was a clown (literally). So the  training in Allied Arts was already quite diverse at the start. I think that Mike started the juggling classes at Constantia. The Ace Club started there (I now have Acebook on my site).

The Constantia Road College was also an interesting building. We built a stage outside (slightly raised) and the outside was also used for practising on Saturdays. The building now houses as travel agent (I still live down the road).

I always wondered if that house had ghosts from feelings I used to get when everyone had gone home after teaching.

Along the way the College had started with doing the annual shows at theatres (venues) throughout Cape Town and I think these performances led to a lot of friendships that have continued for many of the students.

I need to also credit my mother in this little walk down memory lane. Many of the earlier performers may in facts still have some of her handiwork in their possession. She spent many days struggling with getting the silks made. Even when her eye site was failing, she would diligently sit behind that little sewing machine and try and make sure that the edges on the silks were right for the classes on Saturday.

I also pay tribute to all the people that have helped the College get to their 40th anniversary. Some of the Board members are still from those very early days (you can tell by their grey hair- just asking for trouble).

But especially to David and Marian and Mike and Bruce. (also to Rosemary, may she RIP). 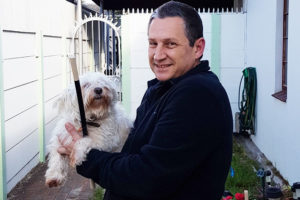 I entered the insurance/ assurance World some years back and have continued as an independant financial advisor.

I created the magiciansandmagic.com site a while back, Getting time to work on it is another matter. The intention was to create a magic “hub” site. Which means a forum for people to chat on, a “facebook” called acebook for magicians and a directory of magicians, including another directory for hire a magician so that people could get seen to be hired.

There was also an intention of a magic shop and a place to learn magic.

These additions haven’t happened. I don’t think I realised how complicated integrating everything on one site could be (and I am no developer). However, the site is continuing for the moment.

I am also the Secretary for the Cape Magicians Circle currently.

We wish the College the best next 40 years!