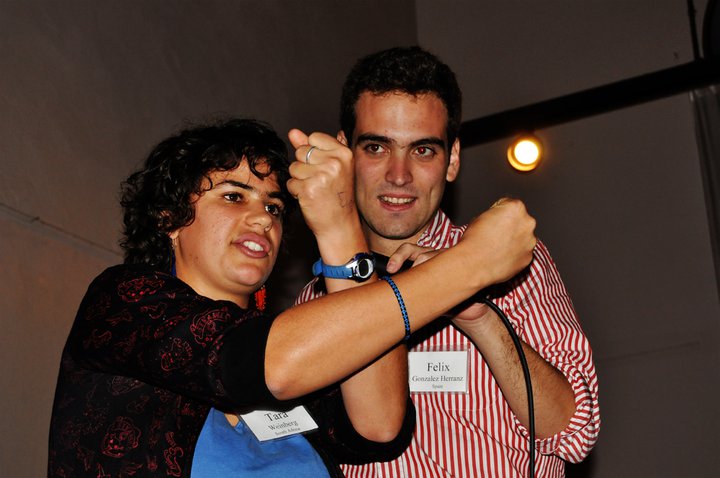 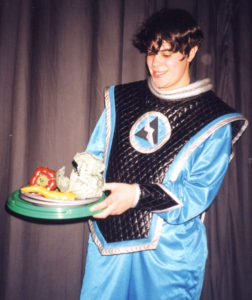 I began my College of Magic journey with my cousin Batandwa in 1998. The two of us had always loved seeing College magicians at friends’ birthday parties. We had started inventing shows for my younger brother’s parties, wearing black paper top hats and using an old set that had belonged to my grandfather. So the year we turned 11, we arrived on the College of Magic’s stone steps. It just so happened that another magic phenomenon coincided with my journey at the College of Magic: Harry Potter. The same year I took that first Harry Potter book out of my school library, I got my own letter to start Muggle magic school. I walked through the giant front doors of the College and certain sensations stuck with me: the smell of the old wooden floors; the hammering of tools in the workshop at the back, where students were creating their own illusions; the velvet curtains revealing magic artefacts and old posters of magicians. The stomping of footsteps as students thundered around the rickety building to their classes, usually chattering away in English, Afrikaans or isiXhosa. It was South Africa’s first decade of democracy and as time went on, the College felt like one of Cape Town’s few diverse spaces. 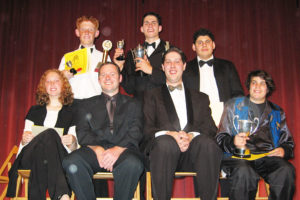 In Course 1, we had lessons from David Gore, Marian Williamson and Stuart Taylor. Each time they performed an effect, I was awe-struck. I looked like real magic. When the secrets were revealed, I was baffled: how could it be so simple yet make me believe so completely? I performed in front of the mirror, or for my parents, or my classmates, but yet it just seemed like a trick. As our first performance neared, together with my 11th birthday, I began to feel nauseas with anxiety. How was I going to transform a trick into magic? What was the trick to that?! I even thought about calling in sick on the day of my performance. But I went through with it. My performance was shaky and my nerves were obvious. Yet I kept at it. The skills of manoeuvring cards or coins did not come as naturally to me as it did to some of my peers. So I had to practice hard, often flipping a coin across my fingers under my wooden desk at school. I also drew upon my other skills — particularly my imagination. I loved writing and illustrating fantasy stories as a kid, and often built them into my patter. 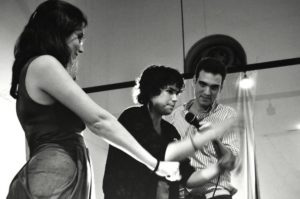 As I transitioned from childhood into teenage-hood during my time at the College, I grappled with the difficulties of being a gender non-conforming young person. I was teased often at school for dressing “like a boy” or liking “boys’ things.” Magic too was – and remains in many spaces – an art form dominated by men. On TV male magicians would appear onstage in their smart black suits and call upon a female assistant, who was often treated as eye-candy. The patter these magicians spouted was often sexist and/or patronising. It was hard to imagine what kind of magician I could be, when the options seemed so narrowly gender specific. But the teachers at the College nurtured and supported me to express myself in a way that made me feel comfortable. Contrary to the representation of magicians on TV, the College was a space that encouraged people who often fell outside the norm, to feel confident in themselves. I could wear a black suit jacket. I could embody characters when I performed that were male, or female, or unspecified. Although not always easy, magic became a space where I could play with gender norms. 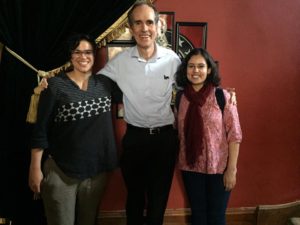 With the new millennium came my more senior courses at the College. In Course 4, in 2001, I remember waiting backstage to perform as part of an annual contest. I couldn’t stop my hands from shaking. The MC — a College graduate but I don’t remember who — came by and suggested I sit for a moment and hold my shaking hands in a meditation pose known as “chin mudra” – with thumbs and index fingers touching. Creating this loop in my fingers stilled my hands. He suggested that instead of banishing that nervous energy, I channel it into a creative connection with the audience. I imagined myself co-weaving one of my fantasy worlds with the audience. 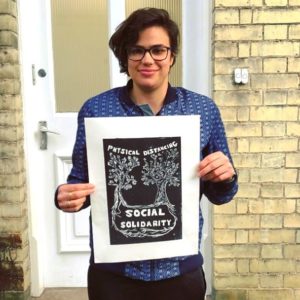 I squinted into the stage lights, calmed my breathing and began. That performance I learned that, for me, magic is not found in ‘the secret’. The secret is interesting and sometimes technical, but often disappointing. Instead I found magic in the thread that runs between performer and audience. I found it in the tapestry we weaved together — a world where reality was bent to our will in a way that surprised, delighted, sometimes even scared us. It was a world that was relatable, yet fantastical. To be able to create such a world collectively remains an unusual and challenging venture. I often think about it now in my work as a historian of land struggles in South Africa, as I see the difficulties land reform groups have in creating a new reality on land from which they were dispossessed half a century or more before. I think about it too as a teacher of university students, as my class and I try to come to an understanding of complex and controversial historical processes. But when I feel daunted, I think back to finding my way onto that stage, and how in moments of magic, we collectively — even if temporarily — create a world in which we can experience joy, in which our imagination is expanded and difficult things seem possible. The College of Magic gave me many things. One of the most valuable is the confidence to engage with other people to create a better reality.