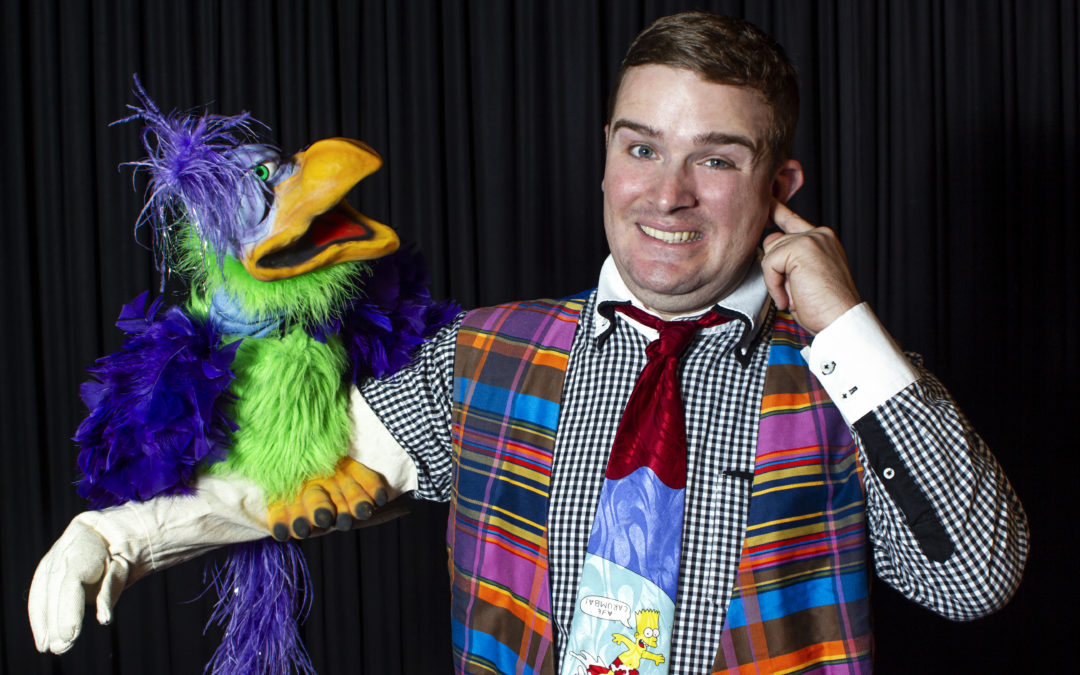 I walked through the gates of the College of Magic one cloudy morning in 1999 on a visit. My parents were told I should attend the college by my puppetry teacher, Mr Doug Price. The first people I met on my visit were Director, David Gore and teacher, Steve Sandomierski who were to become mentors. Steve is an expert in effect instruction, act development, presentation skills and hands-on prop manufacturing. I remember him pulling a coin from behind the picture frame next to the theatre, and my jaw hitting the floor with amazement.

There would be so many more amazing memories to come from my student days at the College. 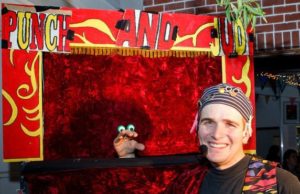 During my Magic and Showmanship course in 2001, I was performing in my first stage contest, doing the Water and Newspaper effect – a magic trick where water disappears as it pours in a newspaper. I had shown the newspaper empty and turned to get the water jug; only to find I had forgotten the water jug! A wall of laughter from the crowd greeted my mistake (my mom nearly fell out of her chair laughing).

I am proud to have taken part in two College productions, “Flight of the Stars” (2001) and the 30th Birthday production of “Imagine” (2010). In 2003 I came first in Course 5’s senior stage contest. In the same year I won the “Meaning in Magic” trophy for my Course 5 close-up comedy act. In my final year in 2004, I joined the Puppetry and Ventriloquism class and performed my “Phantom of the Opera” magic act for which I won the “Drama in Magic” trophy. When my name was called I was getting ready for my Course 6 act for the senior graduation ceremony. I came on stage from behind the curtain in full phantom dress and stood next to the Board Chairman, Bruce Hutchison. He was waiting for me to come on stage but hadn’t seen I was standing right next to him. When he did see me, he almost fainted on the spot (with David Gore and the rest of the crowd rolling about with laughter. And that ended the chapter of my College of Magic student years. 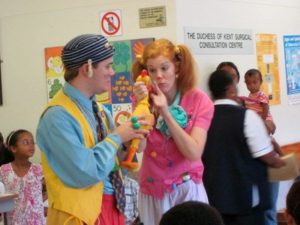 I went on to study at New Africa Theatre Association and received a Certificate in Performing Arts. From 2005 to 2014 I joined The UPliftment Programme – a Care Clowning organisation entertaining children at Red Cross Children’s Hospital. In 2012, I joined The Reach for a Dream’s Jabulani Kingdom Hospital Entertainers programme. The Jabulanis bring smiles to children’s faces through a number of fun acts, including Juggling, Balloon Sculptures, magic and more importantly mime.

I have been a professional Children’s Magician, Children’s Puppeteer, Clown, Balloon Artist and Family Ventriloquist for over 10 years, performing on weekends at birthday parties, family events and schools. In 2006, I returned to the College Of Magic as a volunteer teacher, to teach Puppetry & Ventriloquism. 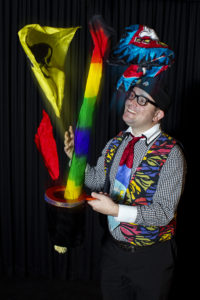 In 2009, I received my Silver Medallion for my stage act “Taxi Magic”, which I went on to perform at the Out of the Box Festival of Puppetry and Visual Performance in Cape Town in 2010.

Words cannot adequately express my humility and thanks to David Gore and educator, Marian Williamson. Their long-time support of the College of Magic has not only made a huge difference in my life, but the lives of hundreds of young people at the College during its 40 years of magic.