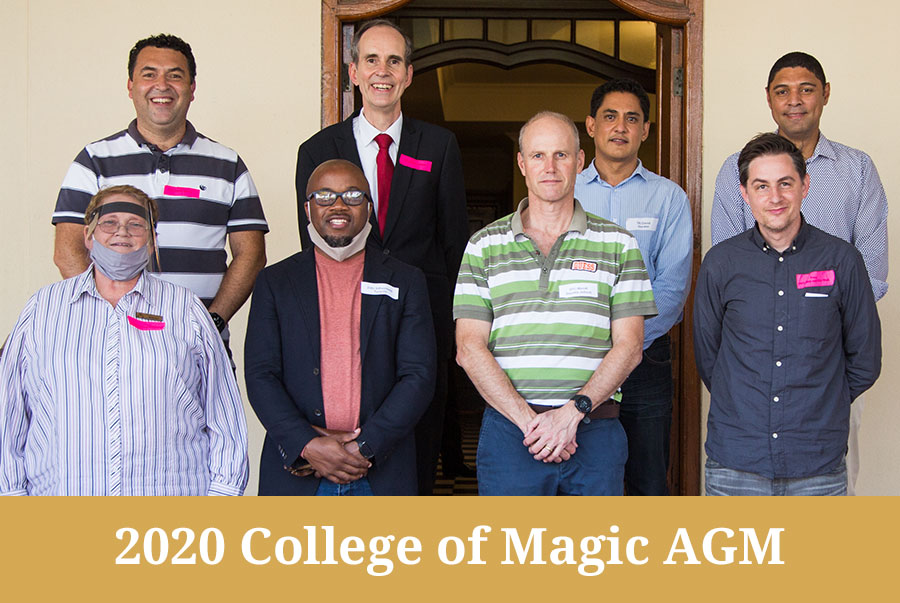 Kelvin Grove in Newlands was the setting for a historic College of Magic AGM held on Saturday 24th October 2020.

The meeting commenced with a tremendous outpouring of gratitude to the Director, David Gore, with a 2-minute long united standing ovation in appreciation of his dedication to the organisation and the transformative impact that he has had on the lives of students and graduates throughout the College of Magic’s 40 years!

The Board of Management was thanked for their loyal support and their astute governance. The outgoing Chairperson also received a standing ovation for his devoted commitment of 20 years of leadership and guidance to the Management Board and his invaluable contribution to the College of Magic.

The many thorough questions submitted were responded to comprehensively by the outgoing Management Board.

Further matters included the unanimous decision taken by the members in the matter of endorsing the termination of membership of Craig Mitchell.

The camaraderie of members from near and far, some having flown in for the AGM, saw many ‘reunions’ and excited conversations as news was shared and stories exchanged. An enormous vote of thanks goes to each and every person who contributed in any way to the overwhelming success of the 2020 College of Magic AGM.

To all our supporters who stood by us throughout the last 3 years, we appreciate you. Here’s to bigger and brighter possibilities as we embark on our next 40 years!